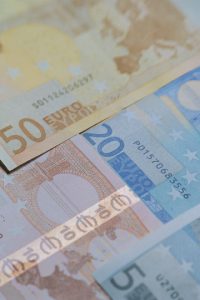 Charity credit cards have become increasingly popular over recent years. People are looking for innovative ways to support their favorite charities at seemingly no extra cost to themselves. When you take out one of these cards, a one-off donation is made by the card issuer to the charity linked to the card.  This is also followed up by a percentage of everything you spend, again donated by the card company rather than the cardholder.

Charity credit cards are available covering a huge range of charitable organizations.  From local to national and even international, and there is almost certain to be one that supports an area of concern to you.

All this sounds like a good deal for everyone involved, but is the picture as simple as that? The perceived drawback to a charity card is that the interest rates, balance transfer offers, and other deals are rarely as generous to the cardholder as those featured by other cards. This is simply not true, most charity card programs are comparable to that of other rewards card programs available in the marketplace.

So what are the real benefits of a charity credit card? In terms of actual sums donated they might seem small, but there are advantages to the charity that go well beyond percentage donations.

Firstly, by using your card you’re helping to publicize the charity you’re interested in, just by the simple act of handing it over to counter assistants, waiters and the like, who will notice an unusual card, as will your friends and colleagues.

Secondly, the charity is guaranteed that the donations will be made. Most charity cards also offer the ability to donate your cashback directly to the charity. Over 70% of charity card holders choose this option, creating a substantial donation stream for the charity.

Lastly, and perhaps most importantly, the huge marketing muscle and advertising resources of the card issuer are put towards publicizing the card and the charity, at least to some extent. This means that more people will probably end up donating in total, and the charity gets more exposure in general.

So in summary, charity credit cards are a competitive alternative to the standard rewards card. A charity credit card program is an effective way, not only to donate but to help increase the exposure and branding for the charity.